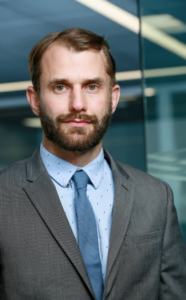 Jason R. Doucette was born and raised in Montana. He grew up wresting and spending time on his family farm where he learned from his grandma that you can be both tough and loving.

Right after law school, Jason began his career as a personal injury attorney. Before joining McLachlan Law, APC, he was a litigation attorney for one of California’s largest personal injury firms. His practice focuses on all aspects of personal injury and wrongful death, helping those injured in car, truck, and motorcycle crashes, slip and falls, dog bites, and pedestrian and bicycle accidents. Jason’s extensive experience and knowledge has enabled him to recover millions of dollars in settlements and awards on behalf of his clients. He is also a long time member of Consumer Attorney Association of Los Angeles (“CAALA”) – the country’s largest local association of plaintiff’s attorneys and is admitted to the California State Bar, Idaho State Bar, and United States District Court for the Central District of California.

When he isn’t fighting for his clients in and out of court, Jason is training for, and fighting in, Brazilian Jiu Jitsu competitions. He is a three time SJJIF World Champion and has defeated multiple former UFC fighters. His other interest include cooking, reading, and stand-up comedy.

Contact us now to discuss your case and learn more about our firm.

What Our Client Say About Us

"Attorney Mike McLachlan, did such an awesome job for me and I feel like anyone who has Mr McLachlan representing them is completely in capable hands as well as fortunate. Between his knowledge, compassion for the law, he takes his time and listens to your concerns and answers all questions thoroughly (Even the ones you ask three times, with patience!) returns phone calls or emails on a timely manner as well. Mr McLachlan and his team was always there for me at every step during this long process."