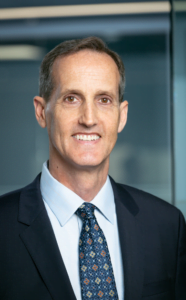 With twenty-five years of experience in civil litigation, Mr. McLachlan has successfully handled a wide range of jury trials and arbitrations in numerous state and federal courts across California and the United States. The bulk of his practices is devoted to representing the rights of individual consumers. He handles civil litigation matters including personal injury, business, real estate, class actions, consumer rights, insurance disputes, among others. More than half the litigation matters Mr. McLachlan has tried, have been personal injury cases, but he has also tried many other types of cases to verdict. He presently has in excess of one hundred million dollars in verdicts and settlements.

Mr. McLachlan has a long history of handling complex litigation and has tried or arbitrated many class actions and complex matters. For a decade now, he has served as lead class counsel for thousands of Southern California homeowners suing numerous government agencies over groundwater rights worth in excess of a billion dollars, in In Re Antelope Valley Groundwater Litigation. After five phases of trial, that matter is now pending on appeal of a successful judgment in favor of the class for many tens of millions of dollars in water rights.

Mr. McLachlan has represented many property owners in inverse condemnation actions against government agencies for flooding and fire damage to residential and commercial properties. He has tried many personal injury, property, and business disputes to verdict in state and federal courts. Mr. McLachlan also serves as outside general counsel to several small and medium size California companies, performing transactional, consulting, and litigation support on a full range of issues.

Mr. McLachlan graduated with honors from U.C. Berkeley and obtained his law degree from the University of Southern California, where he was elected to the Southern California Law Review. Prior to opening his own office in 2004, he worked at The Kick Law Firm in Los Angeles, where he handled large business, product liability and real estate cases, and Greenberg Glusker et al. in Century City, where he represented clients in a wide array of civil litigation and environmental matters.

Contact us now to discuss your case and learn more about our firm.

What Our Client Say About Us

"Attorney Mike McLachlan, did such an awesome job for me and I feel like anyone who has Mr McLachlan representing them is completely in capable hands as well as fortunate. Between his knowledge, compassion for the law, he takes his time and listens to your concerns and answers all questions thoroughly (Even the ones you ask three times, with patience!) returns phone calls or emails on a timely manner as well. Mr McLachlan and his team was always there for me at every step during this long process."